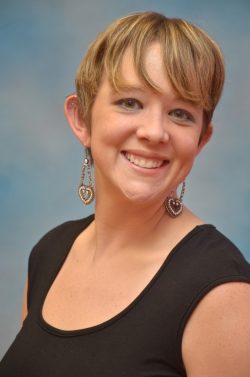 Miss Meaghan began her stage training at a very early age.  With over 28 years experience in dance and theatre, she has studied a number of disciplines including ballet, pointe, lyrical/contemporary, jazz, hip hop, tap, acting, directing, stage management, and musical theatre.  Miss Meaghan attended Ball State University on a full-ride scholarship where she pursued a “directing” major with a “dance” minor.  During that time, she was fortunate to study under renowned choreographers such as Dave Scott, Wade Robson, and Tyce Diorio.  Some of her favorite experiences include dancing for the Presbytery USA National Convention in Lafayette, performing the role of Penny Sycamore in You Can’t Take It with You, and writing/directing Aesop Tells a Tale at the Muncie Children’s Museum.

Miss Meaghan began teaching in 2002 and has since learned that teaching is an education in itself.  She takes pride in her student development and looks forward to watching each and every one exceed their own expectations.  During the past 12 years, Miss Meaghan has choreographed show pieces for local choral/theatrical performances, as well as competitions where she has been awarded top honors.

Miss Meaghan places the emphasis on student development both in and out of the dance room.  She is currently furthering her education at IUPUI where she is proud to have been inducted into the Golden Key Collegiate Honor Society as well as the National Society of Leadership and Success.

Miss Meaghan is thrilled to be taking on her new role at Premier and hopes to watch her dancers grown as Artistic, Imaginative, and Confident dancers. 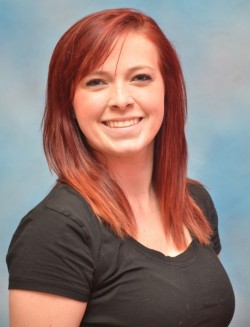 Whitney has been dancing since the age of 10 and has had extensive training in ballet, jazz, modern, lyrical, contemporary, and musical theatre.  She has won many soloist awards at both the regional and national level.

Whitney was an active member of her high school’s dance team, winning many regional and state titles with them.  She is thankful to have had the opportunity to work with many nationally renowned choreographers as well as dance in many different parts of the country.

Whitney is currently attending IUPUI as a nursing student.  Outside of school and dance, Whitney enjoys spending time with her family and friends.

Whitney has been teaching at Premier since January 2014 and is excited to share her love of dance with her students and watch her dancers grow! 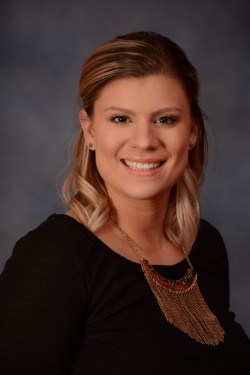 Kayla became a proud member of Premier Academy in January of 2015.  She has been a dancer for almost seventeen years and began teaching when she was 16.  For six months last year, Kayla performed as a dancer in Virginia as part of Busch Garden’s Sesame Show.  The opportunity in Virginia, expanded her dance background and inspired her to want to add a dance minor in college.  Kayla was recently admitted to the IUPUI Pre-Nursing Program.  In her spare time, she loves spending time with her dog, Choco.  Kayla would like to give a special thanks to Whitney Blakey for introducing her to the phenomenal dancer, faculty, and parents ad Premier Academy. 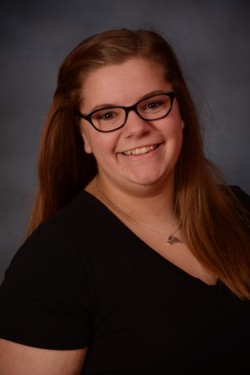 Haley graduated from Plainfield High School in the spring of 2015 and is currently working towards her degree in advertising and public relations.  She has been with Premier Academy since 2011.  Haley enjoys her job at the front desk of Premier as well as teaching our up and coming dancers in the creative movement class.  Most importantly, Haley loves her role as “big Sister” to all the competition team and wishes them a great season!

Marie Kuhns received her BFA from the University of Oklahoma in modern dance performance under the direction and guidance of Austin Hartel, while performing with Contemporary Dance Oklahoma. She grew up in Silver City, New Mexico, and trained at the Conservatory of Dance along with New Mexico School for the Arts in Santa Fe. She has had the opportunity of working with world-renowned choreographers such as Jessica Lang, Carla Maxwell, Kevin Iega Jeff, and Raimondo Rebeck. She is currently a trainee with Dance Kaleidoscope. She enjoys teaching dance and spreading the love of performing arts to different communities. She is forever grateful for the constant loving support of her friends and family.

Miss Hillary is excited to join Premier Academy and return to her love of dance as a teacher for creative movement, pre combo, and combo students.  She began dancing at the age of 4 in Fort Wayne and has over 15 years of training in tap, ballet, jazz, and lyrical. During her dance education, Miss Hillary competed at several local, regional, and national competitions while also assisting in the dance classroom with younger students.
Miss Hillary graduated from Ball State University in 2012 with degrees in nursing and Spanish. She currently works as a registered nurse in Indianapolis and lives in Plainfield with her husband, Adam and new baby boy, Luke. Miss Hillary is very grateful to Premier Academy for allowing her to become part of the family and pass on her passion of dance to the next generation. Her patient and loving teaching style has touched the hearts and little feet of Premier’s youngest dancers.